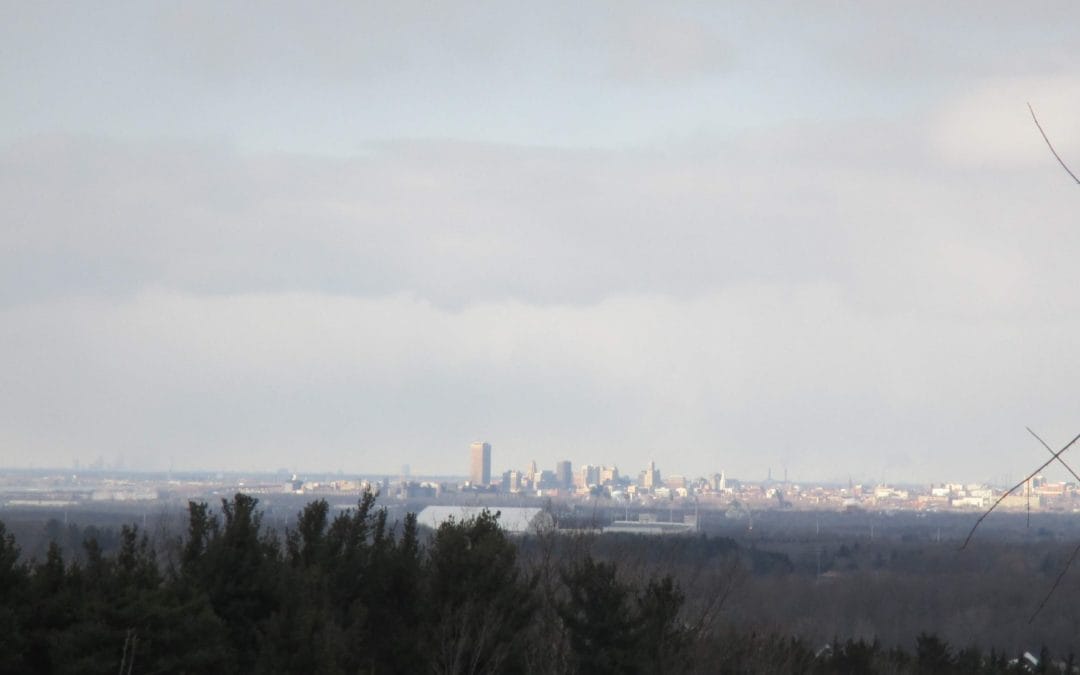 I think of Chestnut Ridge Park as a winter place.  Probably because that’s how I’ve used the park throughout my life.

I don’t have any memories of going there as a small child.  As a young teenager however, I regularly went there for sledding and tobogganing.  The thrill of flying down the hill while practically out of control will always stay with me.

There was a social aspect as well. Chestnut Ridge has long been the best place to sled in the Buffalo area, and there were always kids there from other schools. Which was exciting in the expanding world of a young teen who was just starting to tug on her mother’s apron strings.  Remember, these were the days when one parent would drive several 13 year olds out to the park and drop them off. Another parent would pick them up 3 or 4 hours later.  We were on our own and testing the waters.

We felt so free! But in reality, there were enough adults around so that we couldn’t really get into much trouble.  Basically it was good, clean fun, and the memories are indelibly imprinted in my brain.

Skip ahead, ahem, several years. Now I return every fall and winter for walking, hiking and snowshoeing.  Chestnut Ridge is arguably the best place around to fully appreciate both fall and winter.  What’s not to love? With its rambling roads, picturesque hiking trails, and the colorful trees in the fall. Oh the trees! The trees in Chestnut Ridge are nothing short of spectacular.

That takes me to the history of Chestnut Ridge Park itself.  You know that with me it always comes down to history.

The park was named by early settlers of the area for the magnificent chestnut trees that grew on the land.  It’s located in Orchard Park, NY, twenty-five minutes southeast of Buffalo, and is a little over 1200 acres making it the largest park run by the Erie County Department of Parks, Recreation and Forestry.  Delaware Park in Buffalo’s city proper is 350 acres. So Chestnut Ridge covers quite a bit of area. It is in fact, one of the largest county parks in the United States.

Erie County acquired the land for the park in 1926, a busy year for establishing what the county considers heritage parks, because in that same year, the county also established Como Park and Ellicott Creek Park. These followed Emery Park in 1925. Akron Falls Park was established in 1933.

These parks are all treasures in their own right, but Chestnut Ridge is the one that speaks to me.  Maybe it’s the fond memories of my teenage years and the nostalgia attached. I’m an old soul and when I hike through Chestnut Ridge Park, I get a feeling of history, yes of nostalgia, and a sense of wistfulness for a simpler time.

I find it interesting that these are the feelings this place invokes in me, when the very park itself grew up on the backs of those struggling to get through the depression.

The park’s roads, buildings, shelters and landscaping were improved substantially through the Works Progress Administration during the depression.  It was an agency of Roosevelt’s New Deal and sought to provide employment for households where the main breadwinner was unemployed.

This agency kept roughly 8.5 million men and women employed between 1935 and 1943.  That’s a lot of people. The workers were paid the prevailing wage of the area at the time. Most were hired as laborers and were put to work creating infrastructure for the nation’s current and future society. Including parks.

Most of the structures you see in Chestnut Ridge Park were built at this time.  Although the original casino seen in the vintage photo above was built in 1925, it was replaced with this stone and timber building as part of this project in 1938 (see below). It’s strategically placed to take full advantage of the views from the natural ridge.  And what views!

Earlier I mentioned that the park is maintained by Erie County Department of Parks, Recreation and Forestry.  Since 2010, they have been receiving help in this monumental task from the Chestnut Ridge Conservancy, which has helped with many, many projects that have improved park life.  Some of these include, a $40,000 restoration of the 1948 murals inside the casino (!), long range binoculars on the casino patio (that view!), various park benches, stone work restoration, among many others.  Read more about the Chestnut Ridge Conservancy here.

The park is open all year long and everyone, of all abilities, can find something to do there.  From lounging on the patio of the casino, enjoying the view from the top of the ridge to trail running and disc golf.  And from scenic driving to snowshoeing and cross country skiing. Head over to the southwest portion of the park to hike out to the eternal flame falls to see one of Western New York’s most unique attractions.  A small waterfall containing an ‘eternal flame’, created by natural gas. Or take a short walk from the casino to a picturesque lake complete with cabin and fishing pier. This park’s got it all.

In the end, I believe it’s the structures built during the depression, coupled with the incredible landscape architecture, some natural, some carefully planned, that gives me the nostalgic feeling I get when I spend time in the park.

I wonder if those relief workers in the late 1930’s and early 1940’s could have ever imagined the thousands of people all of their hard work would touch. And will continue to touch.

If you are a regular reader of Hello Buffalo, then you know that Chestnut Ridge is among my favorite places to beat the winter blues.  I’ll be starting those Saturday morning trips to Chestnut Ridge Park very soon.

Fend off the winter blues this year. Make it a point to get out to Orchard Park to soak up some history, do some sledding, or just enjoy the views, either now or whenever it suits you to go.  Chestnut Ridge Park is spectacular in all four seasons.