Find Yourself in Need of a Job? Talk to Cathy Lanzalaco 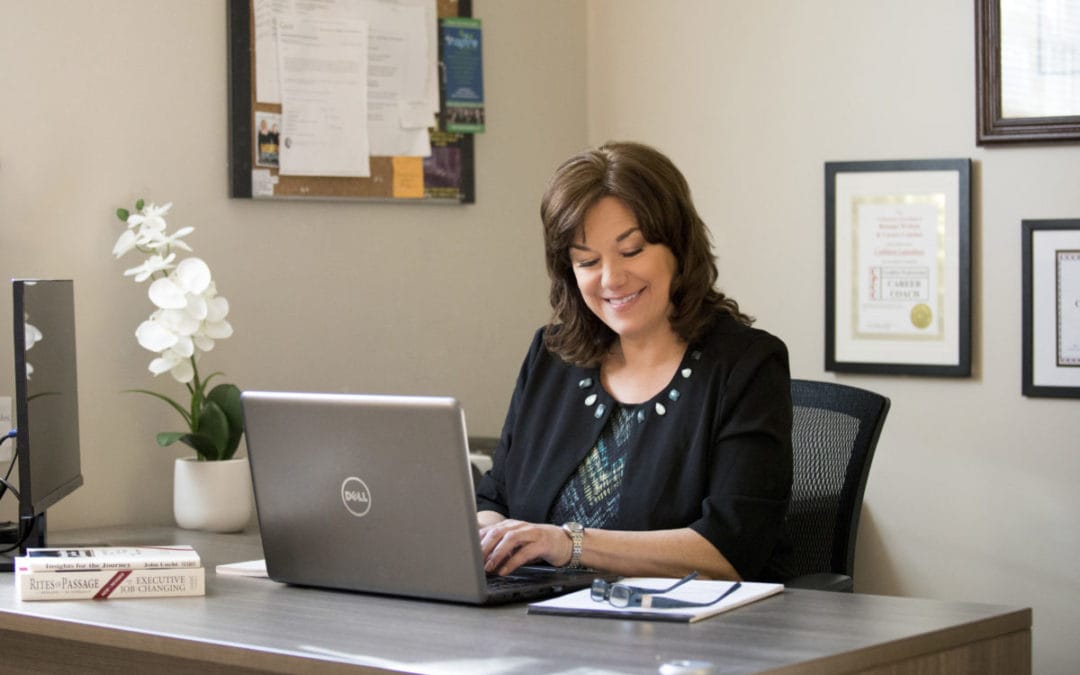 March is Women’s History Month, and on social media, you may have noticed that I’ve been highlighting Buffalo women who’ve made history, all month long. For my blog posts though, I’ve highlighted women in Buffalo who are making history right now. This week’s woman is Cathy Lanzalaco, CEO of Inspire Careers, LLC.

Cathy is Buffalo born and raised, and began her career as a registered nurse. She worked in various capacities at Sisters Hospital here in Buffalo for 15 years. She loved her work in nursing. But as so often is the case, opportunities presented themselves and Cathy found herself working for Tops Markets, in their human resource department. She began developing wellness and return-to-work-programs for them, utilizing her knowledge in the health care field.

In order to develop her new found career, Cathy went back to school, where she earned a Bachelor’s degree in business, and a Master’s degree in Human Resources.

Cathy was soon offered a senior level human resource position with American Sales Company (Ahold USA), a sister company to Tops, in Lancaster, NY. Not just any position, it was the top HR position at that facility. She was to hold that position for 12 years. And she loved it. Helping the company and people get along in the workplace. In Cathy’s own words, it was the “best job ever”. She states that she would have retired from this position, that’s how much she enjoyed her work at American Sales.

But in 2016, the company chose to close their Lancaster location, and take the operation elsewhere. 600 people, including Cathy, were now out of work, and it was up to her to facilitate the closing. If you’ve ever known ahead of time that you were going to lose a job, then you know that this was not an easy thing for Cathy to do. These were her coworkers. And it was now her job to inform them that they were losing their livelihoods. All the while knowing that as the sole breadwinner in her family, she too would soon lose her livelihood.

But it was also her job to help her coworkers transition to new positions elsewhere. This was when she realized her next calling. Cathy has a unique perspective on the job hunt. Having seen thousands of résumés herself, she knows what a perspective employer is looking for.

During this difficult time, Cathy not only helped her coworkers create current résumés for themselves, but also helped them realize their own value, from an HR professional perspective. Recognizing their skills and abilities, along with their unique personalities, Cathy taught them to search for a job that would suit them. While at the same time communicating to their next HR department exactly why they are the right person for a certain position. In short, career coaching. But, as Cathy has learned, there is so much more to it than that.

So, in 2017 Cathy started her own business, Write-Résumé-For-The-Job. She began as a résumé writer and career coach. Work came in pretty steadily in the beginning months, but in order to supplement her income she worked as a sub-contractor for Inspire Careers, a business started in 1990 by Beth Stefani. Beth was nationally renouned in the résumé writing community. She mentored Cathy in the business, and after over 25 years in the career coaching field, Beth recognized Cathy’s value. Prior to her passing in March of 2018, Stefani chose Cathy to carry on her legacy.

In November, 2018, Cathy bought Inspire Careers, Inc. Since then, she has re-branded the business as her own. Cathy continues to serve all clients with the personal integrity Stefani always insisted upon. Cathy considers it an honor to be able to serve Beth’s legacy clients as well as her own new clients.

And how’s business? It’s flourishing. Cathy has a unique ability to look ahead and anticipate what her clients will need to know in the coming economic climate, learn it herself, and teach it to them. When she sees a need, she fills it.

Take her Student Professional Launch Program™ for instance. Cathy knows how daunting it can be for a recent graduate to navigate the job market. So she created a system that, one on one, walks recent grads through the entire job search process from beginning to end.

Cathy tells me she’s working with a student right now who would like to work in Los Angeles as a sports announcer. She’s working with him to develop his own podcast related to the job he wants. It gives him experience, and he learns through the process of doing it. This is the kind of thing that makes Cathy so great at what she does. She teaches people to develop their own skills to set them up for success right from the beginning.

Too often, new grads settle for the first job offered to them. Then they’re so busy trying to make it work at a dead end job to be able to work towards the position we really want. Cathy sets new grads up for success from the beginning. She not only does this with recent college grads, but professionals, executives and recently retired people seeking to reinvent themselves.

How Cathy Gives Back

From the beginning, Cathy has repeatedly gone back to her high school, the Buffalo Academy of the Sacred Heart, to teach classes in résumé writing and career coaching. She works with their internship students to teach them the basics of navigating a career path for themselves. Cathy shows them options they likely wouldn’t have thought of for themselves. She finds this work very rewarding, as she sees herself in this young students, as they attempt to figure out their career paths.

But Who’s Hiring During this Current Pandemic Climate?

I asked Cathy what she was doing to help people through the pandemic crisis. Of course, she already has a plan. She is increasing the content she regularly puts out on LinkedIn to help ease people’s minds through this very stressful time, letting them know their options, and there are options. Cathy knows firsthand that businesses are still hiring. She had three people this week alone land the jobs they began searching for shortly before the pandemic hit. And these are well paid positions. In the middle of all that is going on in the world. So there is hope!

At the moment, Cathy is busy creating free webinars to help people affected by the crisis transition themselves in to new careers. I sat in on one of those webinars last evening. It was supposed to be an in person seminar at The Establishment, an online learning platform focused on finances. Instead of cancelling, Cathy chose to go ahead and learn the technology she needed to learn to do it online. Because she knew that there would be people who have lost their positions due to the pandemic, and she didn’t want to let them down.

She spoke about résumés, what’s in and what’s definitely out. Cover letters, how we all love to hate them, including Cathy. Interviews, what answers to give, what not to say. Negotiating salary, how to go about it. The information she is teaching in these webinars will prove to be invaluable to job seekers in Buffalo and beyond.

She almost made me wish I was looking for a job. Almost.

First, let me say that Cathy is an old friend. Well, she’s not old. Because if she’s old then I’m… well never mind. The friendship goes way back. But how often do you get to see your friends in action at their jobs? I’ve seen Cathy in action a few times now, and she has impressed me with her knowledge each time. When people ask her questions, the answers roll right off her tongue. She speaks eloquently and with authority.

And knowing Cathy as well as I do, I can honestly say she considers herself a dream maker. On a daily basis, Cathy receives calls and emails from people who feel helpless to deal with the loss of a job, or worse yet, have lost hope of ever finding the right job. Cathy works with people to help them figure out their dreams. She helps them to see their value and to communicate it effectively in order to achieve those dreams, and land that perfect job.

Don’t live in Buffalo? No worries. Cathy is fully equipped to help you no matter where you live. She has clients from all over the world!

Look for Cathy’s free webinars within a couple of weeks on her website.

Missed my other posts about amazing women in Buffalo? Check out the first one here, and the second one here. These are all incredible women doing some really cool things!

**All of the photos in this post are compliments of Cathy Lanzalaco.