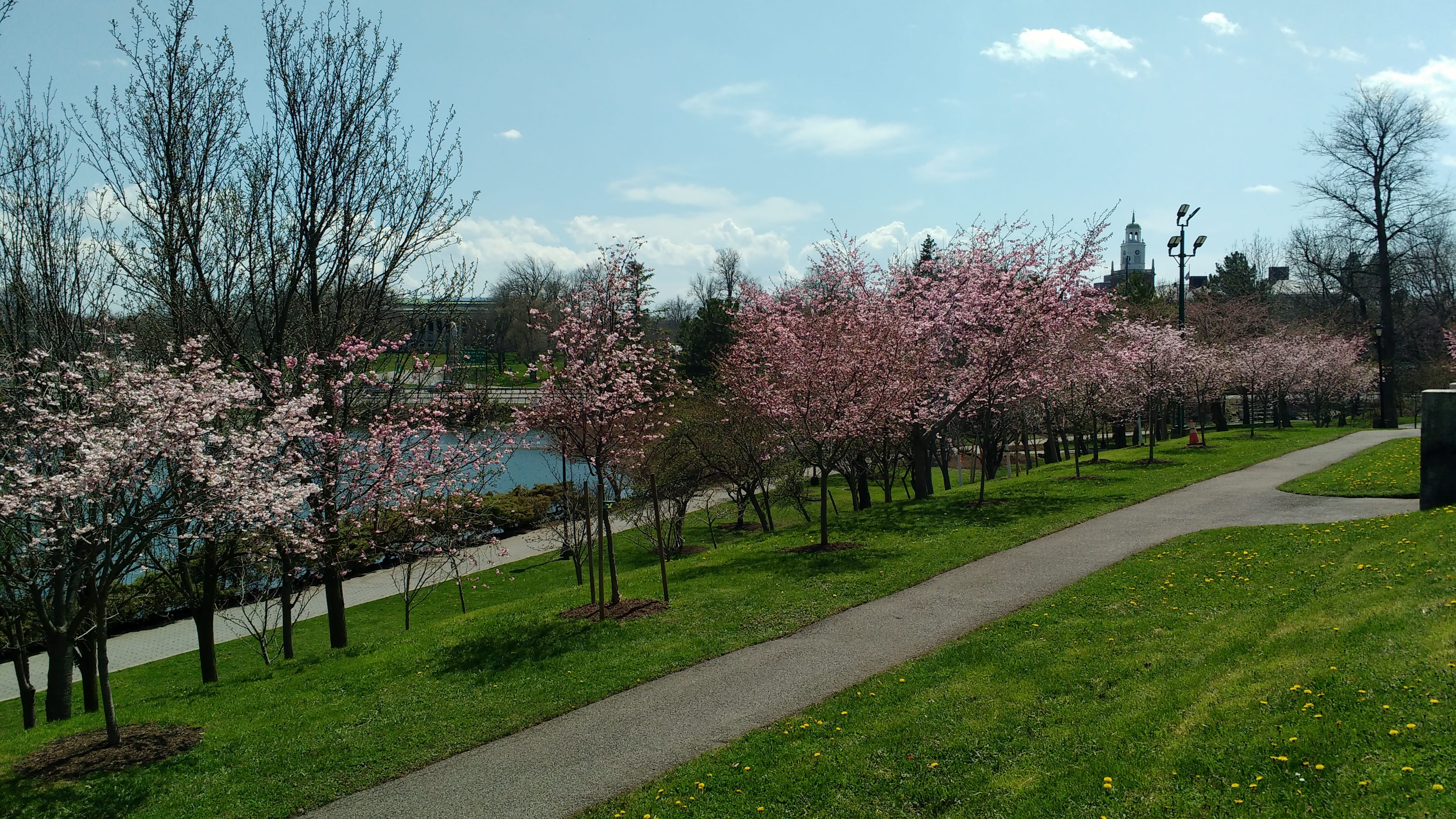 A long time ago, not gonna tell you how long, when our kids were very young we were planning to go to Delaware Park for a snowman building contest as part of a winter festival, and as the parents of three super energetic boys you can imagine that this was the topic of conversation for over a week. Trying to decide just what kind of snowman to build, should we have a castle too? How many can we make?   You get the picture. They were excited.

A couple of days before the contest, one of the boys (not mentioning any names) says to me with full confidence, “Mom, when are we going to jello underwear park to make snowmen?”  Umm.   Did I just hear that right?   It turns out I did.   I guess when we said ‘Delaware” he heard ‘jello underwear’!?   I am not even joking.   If you’re a parent, you know, you cannot make this stuff up!

And so of course, in our house, Delaware Park became known as ‘Jello Underwear Park’! 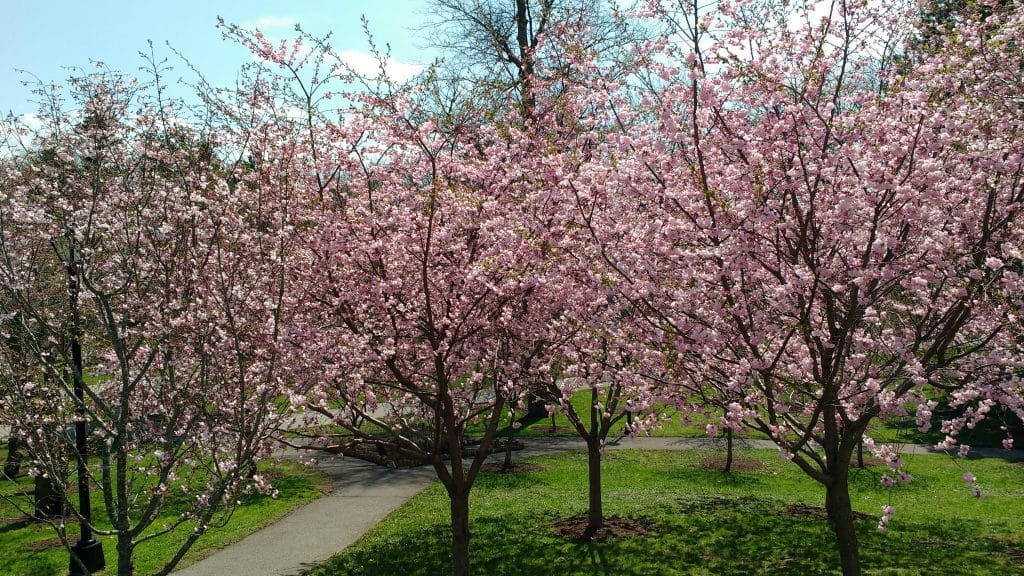 Unbeknownst to me at the time, the history of Delaware Park is actually an incredible story of Buffalo.

The streets of Buffalo were laid out in 1804 by Joseph Ellicott, an agent for the Holland Land Company.  He laid them out in a radial design like the spokes on a wheel, beginning at Niagara Square (which is actually a circle).

Fast forward to the 1860’s and Buffalo was fast becoming one of the most important cities in the country, thanks in large part to the opening of the Erie Canal, and our unique access to Lake Erie, the great lakes and the Niagara River.  We also had city leaders who were eager to keep Buffalo at the forefront of our nation’s activities.

After seeing New York City’s Central Park,   the movers and shakers in Buffalo wanted their own Central Park as well. So they did what was commonplace back then in Buffalo.  They invited the best and brightest landscape architect to create one.   Coincidence that it was the same man who designed NYC’s Central Park? Maybe, but probably not. 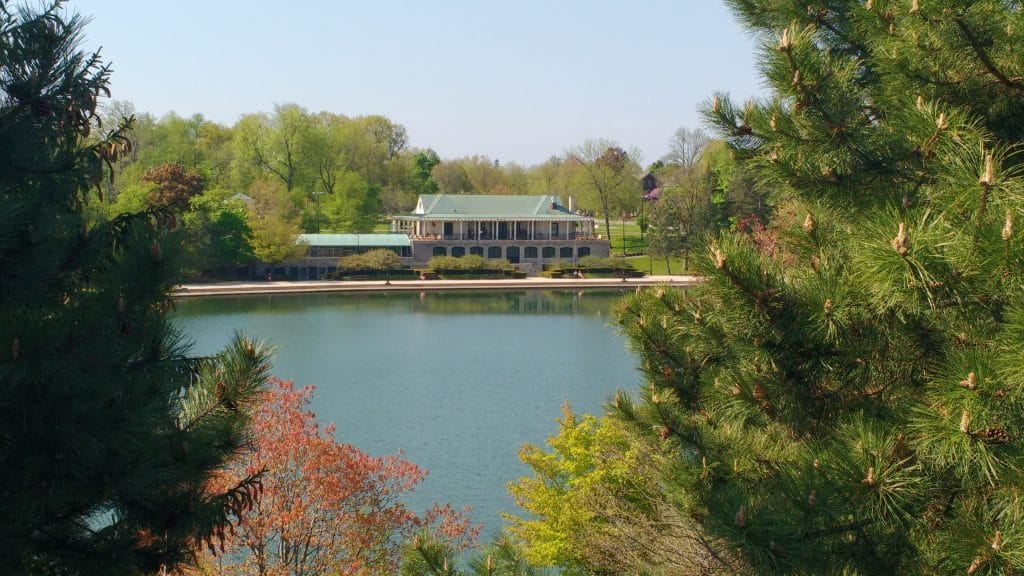 So, Frederick Law Olmsted came to Buffalo.   After touring the unique radial streets design created by Ellicott, Olmsted proposed a park system for Buffalo, instead of just one central park.  And our city leaders made the great decision to give us our Parkway system,  with Delaware Park being it’s crowned jewel.   It helped that we had the money.   Buffalo at one time had more millionaires per capita than any other city in the country! 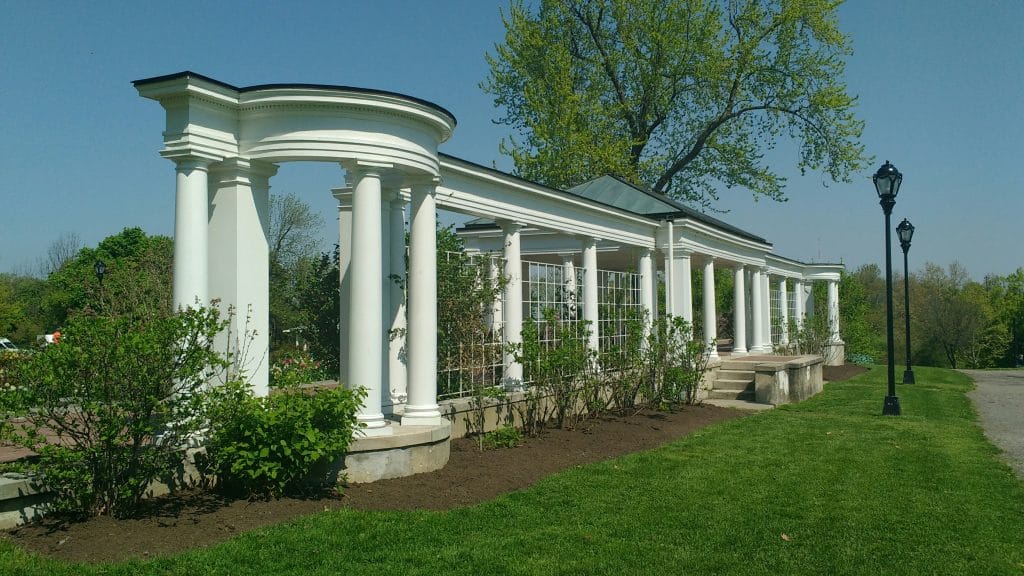 At 350 acres, The Park (as originally named by Olmsted) is spectacular!   And at 150 years old, it is alive and well. Olmsted designed the system so that when moving from one park to another, you’d be travelling on a parkway so beautiful that you wouldn’t even realize you’d left a park. The Olmsted Parks Conservancy, a non-profit organization, operates and manages this historic park system. They were the first organization of their kind to do so in the nation.

Of course, nothing happens without a little controversy.  In the early 1960’s the  Scajaquada Expressway (NYS Route 198) replaced Humboldt Parkway, an Olmsted designed Parkway, cutting right through the park.  The Parkway was originally two lanes of slow traffic separated by two rows of beautiful trees and a bridle path.   Now it was a four lane highway.  Many, many people were displaced from their homes and neighborhoods were torn apart.  And Olmsted’s Park now was cut in two by a highway. All in the name of progress.

Over fifty years later, efforts continue to restore “the 198” to it’s former ambling Olmsted Parkway.   Although the speed limit has been reduced, the aesthetics have not improved.   And just recently these efforts have taken center stage again as we take a look at the feasibility of removing the highway altogether.   It’s been, and will continue to be for the near future anyway, a very complicated, heated matter here in Buffalo.

But for now, the Park remains two sided.   Visit either side on any given day, and you’ll see people walking, running, biking, golfing, playing baseball, basketball, soccer, kick ball, tennis and more. There’s always something happening at Delaware Park.   If you’ve never been, or haven’t been in awhile, this should be on your list of places to experience.   And it’s fantastic no matter what the season.   Check out these photos from a morning hike at the park in 14” of snow!   It was stunning! 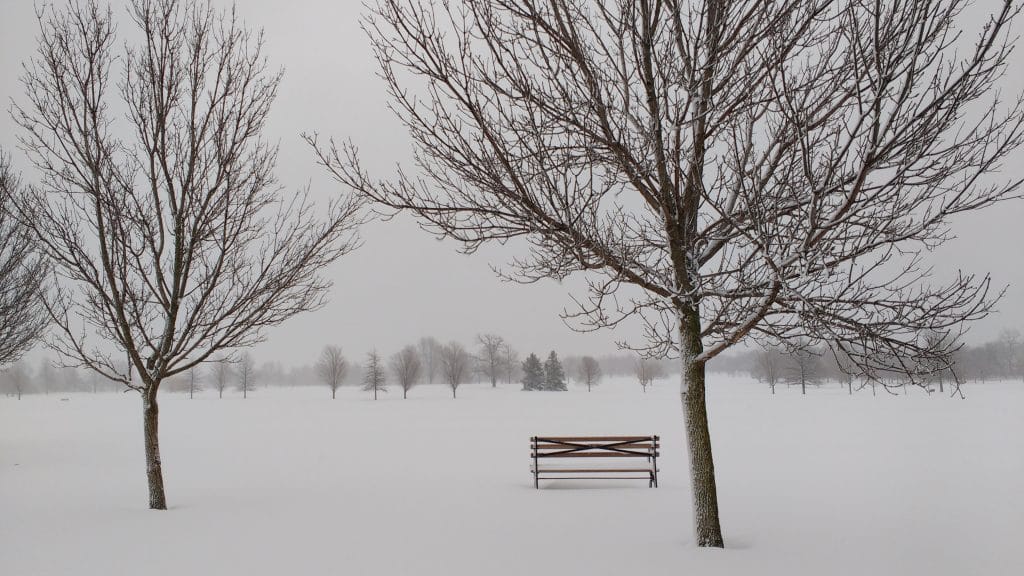 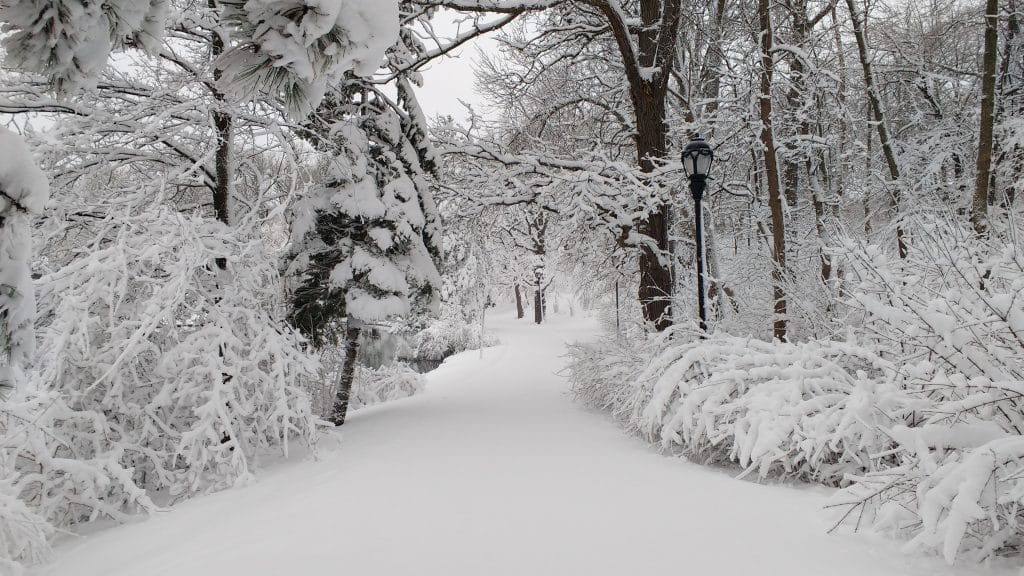 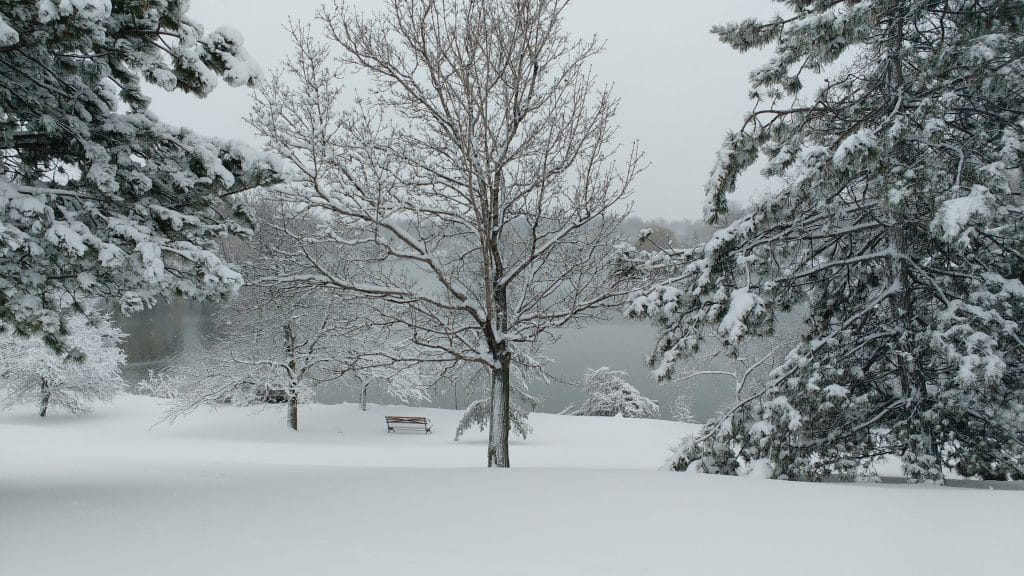 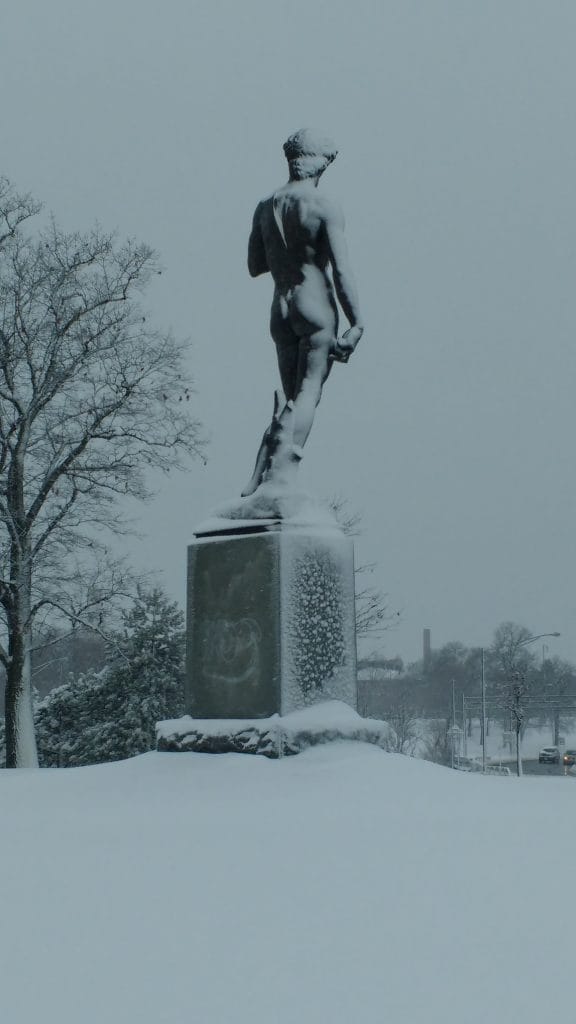 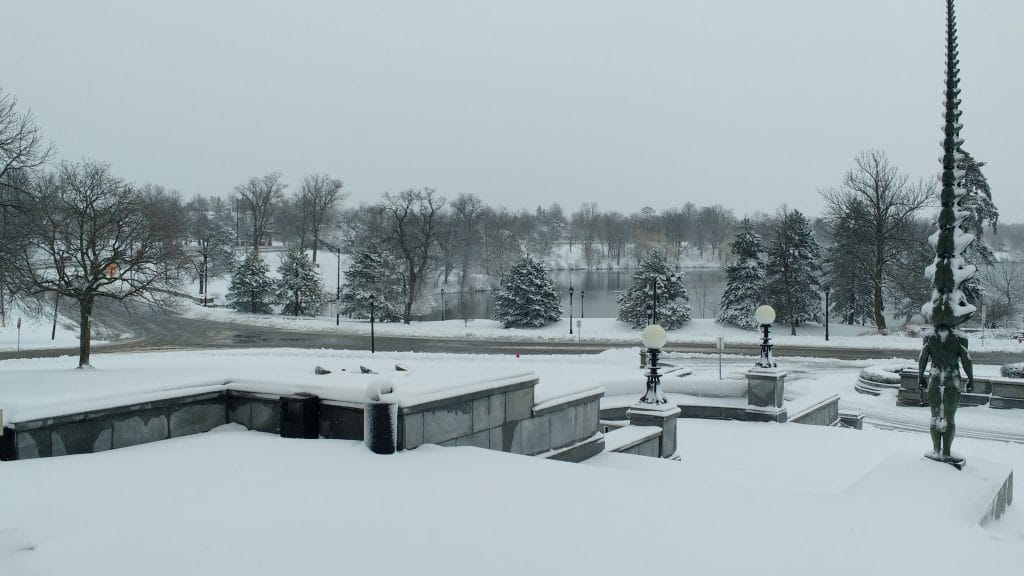 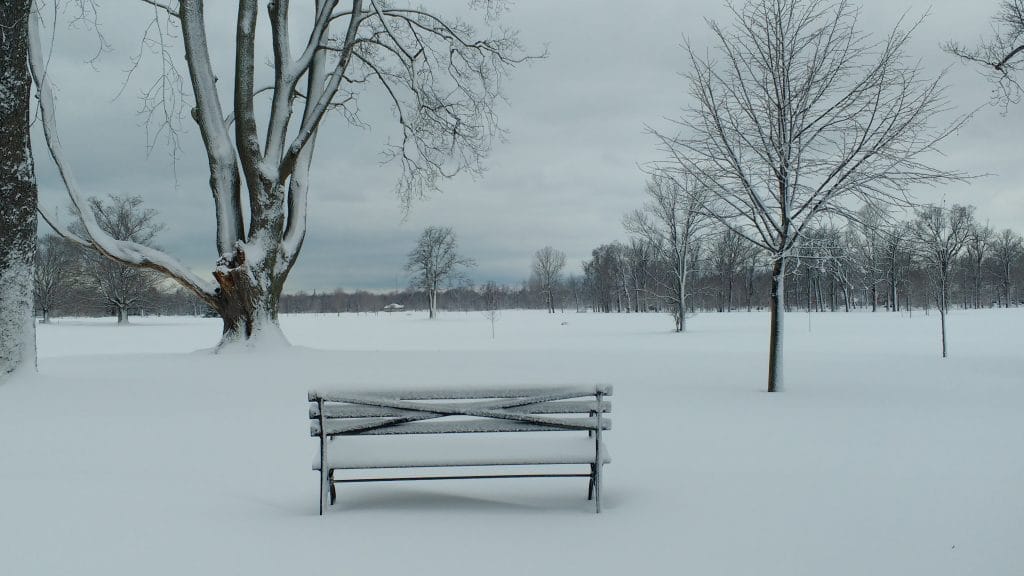