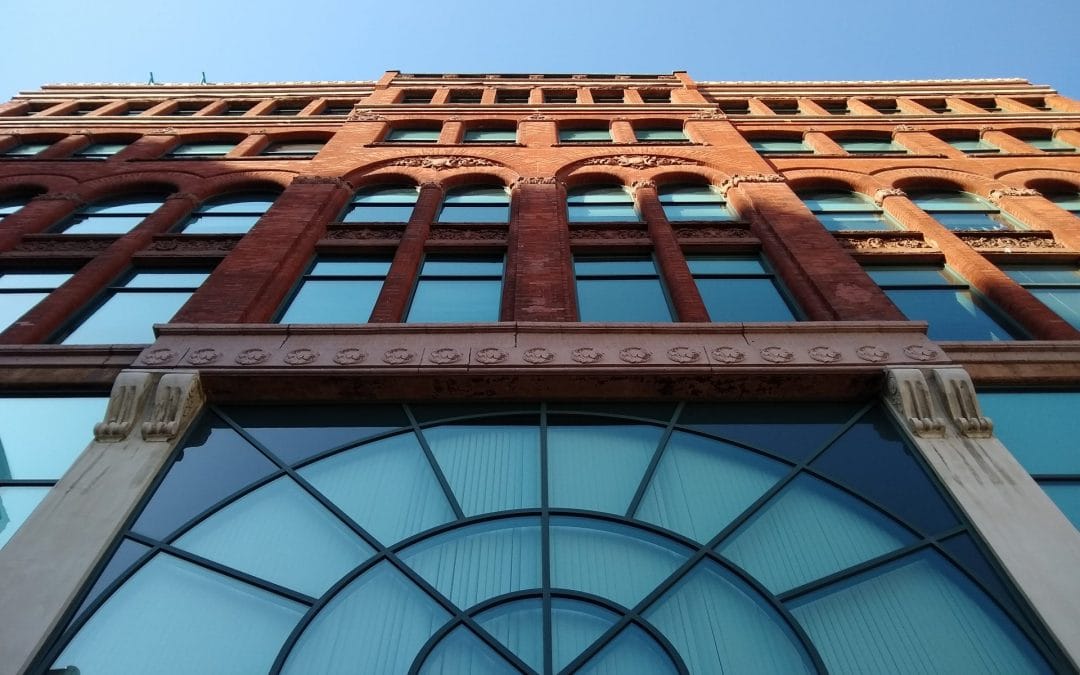 The Sweeney Building – A Shopper’s Dream

The Sweeney Company was a large department store that operated in Buffalo in the early twentieth century. Before I tell the story of the Sweeney Building, let’s discuss a little bit of the history of department stores in the U.S. and Buffalo.

In the latter half of the 19th century, the economy in the United States slowly inched its way upward.  Buffalo’s boom was part of this upward trend. People had more money to spend, and as a result the middle class grew to unprecedented  numbers. This left the American middle class with more money to spend than ever before and more time to spend it.

Especially women.   It was not uncommon for middle class families to have hired help in the home at this time, leaving the woman of the house with more free time on her hands than ever before.   What could she do with it?

Shop apparently.  The American department store capitalized on the growing middle class.  And they did it very well. Department stores universally offered to their clientele (mainly middle to upper class women) all sorts of diversions.  From apparel to luggage, to cooking classes, to washing machines and ice boxes, and everything in between. For the first time in history, it became fashionable to shop.  And to be seen shopping.

Macy’s in New York City.  Marshall Field’s in Chicago.  In Buffalo, it was Adam Meldrum & Anderson, Flint and Kent, William Hengerer Company, and The Sweeney Company.

I would be remiss if I didn’t mention that department stores were some of the first businesses in the country to offer widespread employment to women.  Women were marketing and selling to other women. Lower and middle class girls who were old enough to go into department stores and work, did.

That being said, most young women were doing it to earn a bit of money, or as a diversion before settling down, getting married, and having a family.  But they did it, and it had never been done before. Baby steps.

Even though the pay was not great, and women were always the clerks, never the managers, feminists of the day, on the whole, embraced department stores for hiring more women than men.  It was a start.

Fast forward to February 1, 1888.  Fire breaks out at a building at 268 Main Street, a building owned by prominent Buffalo businessman, C.J. Hamlin.  The tenant of the building was Barnes, Hengerer and Company Department Store. It was a massive fire, which engulfed the entire building in only a matter of minutes. The fire spread to both adjacent buildings, a jewelry store (Dickenson’s) and a dry goods store (Partridge’s), and spread across Main Street to Glenny’s, a china and glassware store. The surrounding buildings suffered only minor damage, but Hamlin’s building was a total loss.

After the fire, Hamlin rebuilt the building.   It was completed in 1889 and this is the building that would eventually become the Sweeney Building.   It was designed by Cyrus K. Porter, and built of brick with red medina sandstone carvings.   There are six floors. A restaurant space, a studio and retail space on the first floor, with offices above.

After the fire, Barnes, Hengerer & Company moved back in and resumed business in the new building.

After Barnes retired in 1895, Hengerer founded the William Hengerer Company.  In 1903, Hengerer moved from 268 Main Street into his newly built building further down Main at number 508.

This left 268 Main Street open for the Sweeney Department Store to move in.  Sweeney’s became one of the larger department stores in Buffalo. They too were very good at providing middle class people who found themselves with a bit of extra cash and leisure time to spend, with many diversions.

They were long time tenants of the building.

Fast forward one more time to the present day.  Enter Crowley Webb, a locally owned marketing communications agency.  They too were longtime tenants of the building when it went up for sale in April of 2016.  With a reputation for working hard, the three owners of Crowley Webb purchased the building, which has simply been referred to as 268 Main for quite some time now.  They essentially became their own clients by rebranding and marketing the building as The Sweeney Building.

The building itself has undergone a few transformations.  These include a small modernization in the 1940’s, being refaced in the 1960’s into a mid-century international design, (if you can imagine that!) and it was finally made over in 1990 into what we see today.  The first two floors have been transformed into a post-modern look with a center arching window that is reminiscent of the original design, and the upper floors were returned to the original design from 1889. The final look is considered post-modern by most.

Next time you’re out and about on Main Street, take a second look at The Sweeney Building.  It’s got incredible history behind it, and it’s got some interesting things going on there now.