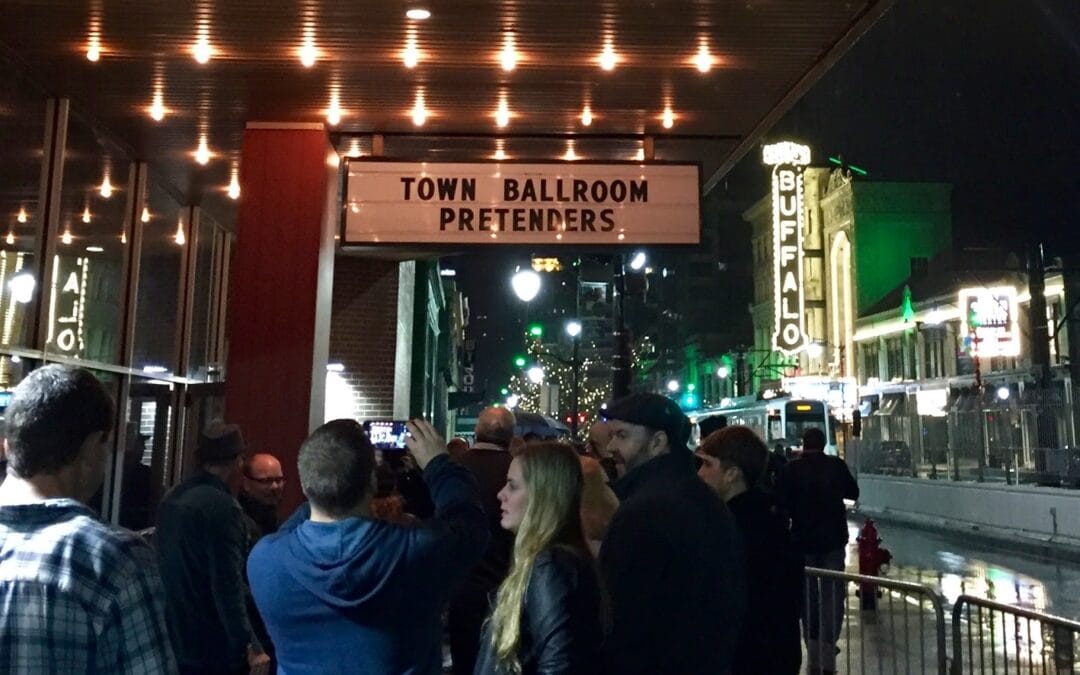 Those concerts are memorialized on the Ballrooms’ marquee, as are photos of the Buffalo skyline.

Take a look at this quick video, by Rory Allen of Zoom Copy, showing the installation of the new marquee.